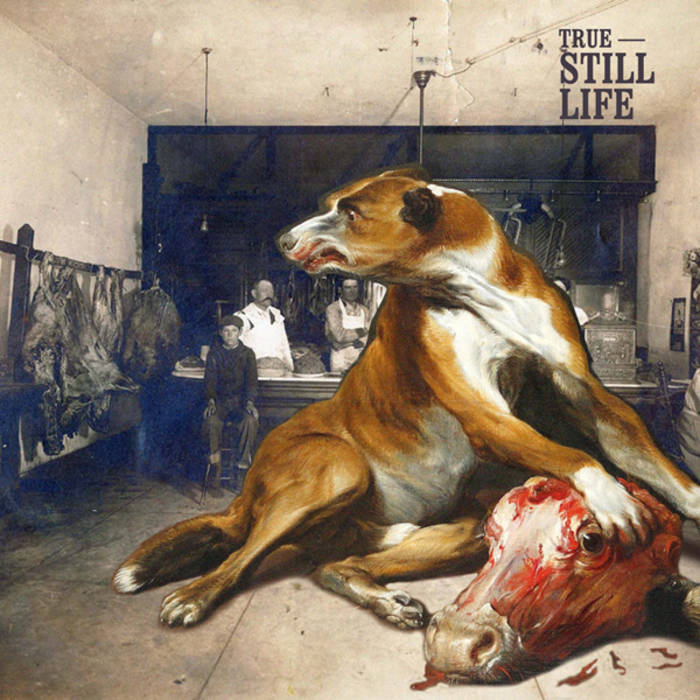 True are a crust/death metal band from Samobor, Croatia. They formed in 2003. What separates them musically from other bands of their genre is an unique mix of death metal and melody of Croatian national instrument called tambura. Tambura is a string instrument, originally coming from Croatian island Brač. The idea of using tambura as a permanent instrument came spontaneously, which later became their style-defining element, and the main point of recognition.

Their first album Plastic World saw the light of the day in 2004. Next album Serum came out two years later, and was officially released in Mexico. Undisputed quality of this material, together with its excellent featured inlay design, secured them very good reviews and various significant local and foreign festival gigs. Third album Still Life is their latest and most impressive effort to date. Just like the first two albums, this one was recorded in their home studio Kotecrude. Mixing and mastering process was conducted by Ivan Jakić, previously known by his work with bands like Usud, Amok, Machine Insufficiency and Don't Mess With Texas.

Recorded at Kotecrude Studio, Samobor, Croatia in 2008.
Recorded by True.
Mixed and mastered by Ivan Jakić.