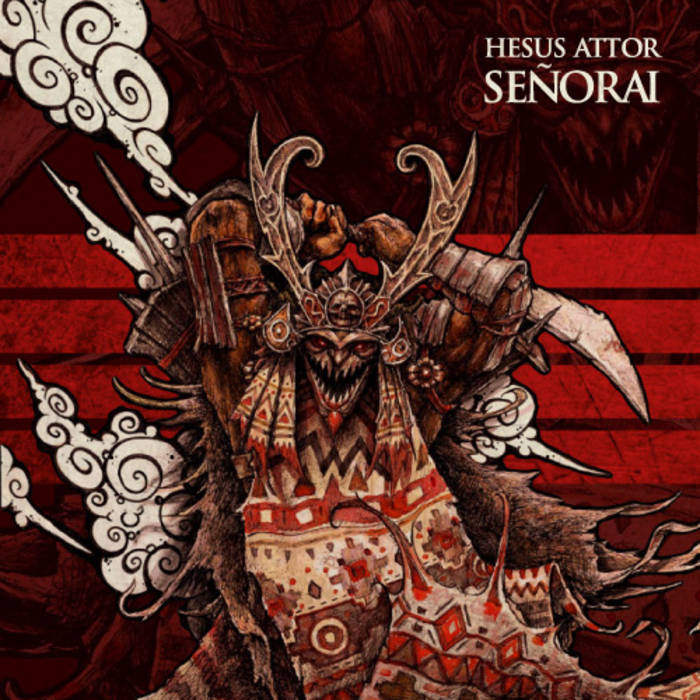 Hesus Attor is a band recognizable for its unpretentious and wild, dadaistic approach to musical genres. They do not concern themselves with predictability or going the "right" way when it comes to writing music and lyrics.

Avoiding the everyday themes and topics within their lyrical outlet, Hesus Attor make their way through the world of bizarre stories with their own, and quite twisted indeed, sense of humour – and they find it really easy to do so via different languages of the world. It is no surprise that they do the same with ease when it comes to musical styles.

In other words, world music is what these guys do from the top of their head. They find it very easy to mix ethno, mathcore metal, opera, surf, prog rock, cabaret, music for theatre or any other musical idea that may pop into their unorthodox mindset.

Their story began in 2003, and from then they have added a couple of albums under their belts. The first releases were put out through their own DIY label "Izdali Smo Metal", up until the middle of 2007 when Hesus Attor got signed to the most relevant indie publisher around – Moonlee Records. Consequently, their album "Sonic Gastronomy Vol. 1" seen the light of day in 2008. This album represented the band’s first serious attempt at studio recording. Moreover, this is their first album with a strong international distribution.

Hesus Attor crew got extended since the early days. Beginning as an instrumental trio, they added a vocalist at the end of 2005, and then completed their line-up at the end of 2009 when another guitar player joined the band. Up until now Hesus Attor have played countless gigs and concerts. Their energetic live shows have confirmed them as one of the strongest live acts from the Balkans, as they had travelled extensively from Italy all the way down to Macedonia.

Starting late 2009, the boys have locked themselves in a studio in their hometown of Rijeka, Croatia, continuing the fruitful collaboration with Uroš Vele who also recorded their previous album, and finishing what became their new EP entitled Señorai, which is published under band's new label, Geenger Records from Zagreb.

Señorai marks a change of direction and production which will positively surprise all current Hesus Attor fans, and also grant them many new ones. The approach to the songs is a little more peaceful and moderate, but also more diverse as far as musical influences go. Blending post rock, prog and math core, new wave, ethno and ambient music with their trademark expression, Hesus Attor have once more reaffirmed their leading position in Croatian indie scene.

Featuring great artwork by Filip Burburan – Morka (drawing) and Kristijan Vučković (design and pohotography), as well as a guest appearance on percussion by Edin Haliti from Disco'N'Action, Señorai is the next hot thing from Geenger Records, and a must-have release. It will become available as a name-your-price download on February 14th, so don't forget to set your alarm clocks NOW!