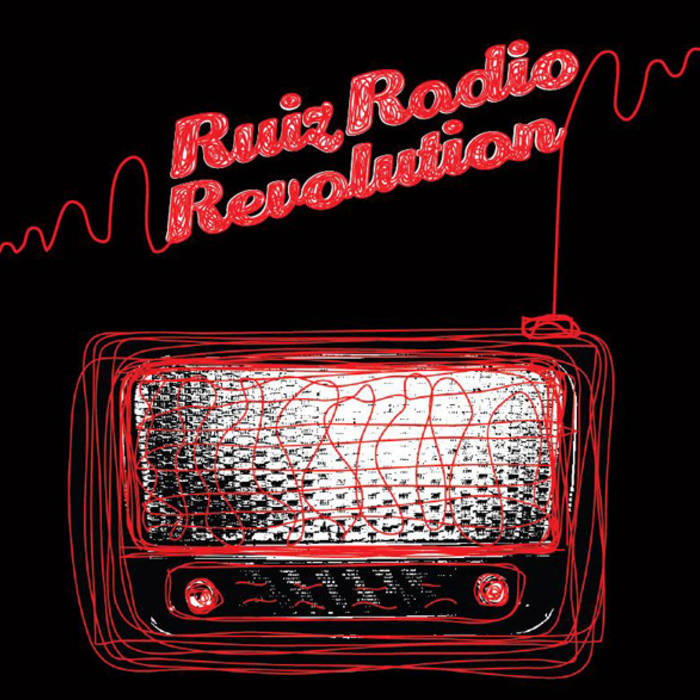 Ruiz, our premium indie-rockers are back with another fine release on Geenger Records, only a month after their latest EP "Draw The Line Never A Square". If, by chance, you missed their previous release, here is an insight into their biography and things they've done so far:

Starting in 2005 as a powerful duo and expanding their line-up with a bass player in 2007, Ruiz continuosly worked on their signature sound which is a bit difficult to describe, so think of it like this: Kyuss and Nirvana aesthetics, Gang of Four and Rapture dance elements, and the unrestrained playing of At the Drive-In. So far they have three releases under their belts – a self-released EP named "Taste!", a critically acclaimed debut album called "Erupt!", mastered by triple Grammy-winner Bob Katz, which came out in 2009 on Sonic Doom Records, a small indie label from Croatia and, most recently, an EP entitled "Draw The Line Never A Square", released on Geenger Records as a preview to this album.

In the meantime Ruiz did countless gigs across festivals in Europe, winning the regional band contest in Slovenia, having two videos appear on Croatian television and sharing the stage with great regional and international bands such as Partibrejkers, Let 3, Bernays Propaganda, Stereo MC's, Nick Cave and The Bad Seeds and Emil Bulls, just to name a few.

Ruiz progressed and matured musically, crafted over a dozen of new songs and decided to make two releases, both for Geenger Records. The second one in the series is an album named "RuizRadioRevolution", a mighty danceable rock monster full of catchy melodies, pumping bass lines and incredible drumming, all intertwined into sounds so modern and fresh, on par with greatest indie bands of today.

Deep and personal lyrics found on "RuizRadioRevolution" criticize the modern society that sees money as the highest value and goal, as well as the growing absence of human interaction and compassion, all through the metaphor of radio, a medium once everyone gathered around to enjoy and listen to music, and share their thoughts and feelings between each other. And if you thought Ruiz don't really practice what they preach, you're very wrong – the guys give a part of their humble income to a donation-dependent organization which helps pregnant women who decided to give birth despite rough social conditions they found themselves in. Well done, Ruiz!

The album was recorded and mixed in Pleasentville studio by bass player Marko Kalčić, and Gregor Zemljič mastered the record. The rest of Ruiz are Tomislav Šnidarić on guitar and lead vocals, and Janko Kezele on drums and percussions. The artwork was handled by a design duo Igor Manasteriotti and Mia Marić.

Now that you know everything, heard Ruiz and got assured they're one of the best young bands to emerge from these parts of Europe, please don't hesitate to support them and their noble mission, because we believe these guys are on the right track to become one of the greatest!

The revolution has started and we need YOU to spread the word!