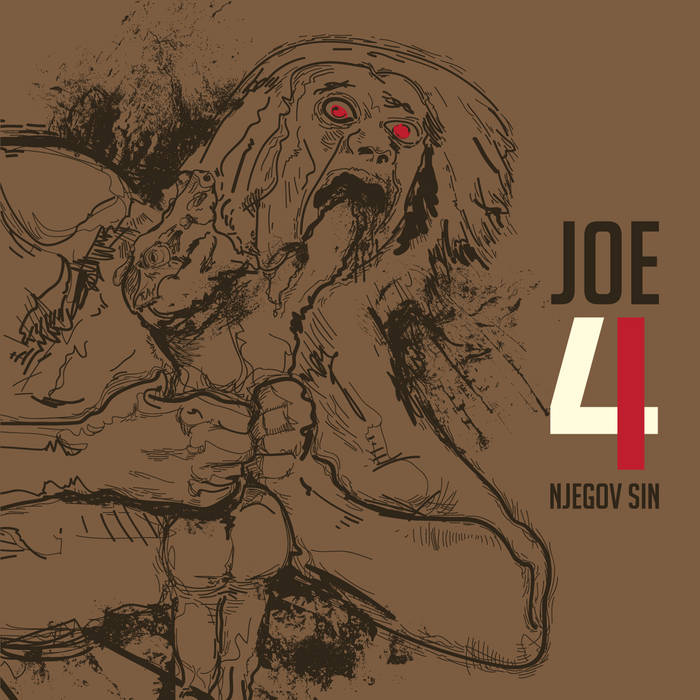 Noise rock has always been cherished by the audience and participants in the Croatian underground scene, even though the number of bands who played it barely reached a dozen from the 80s onwards. The Croatian approach to noise rock was certainly influenced by the biggest names in the genre, but Croatians have also created some innovative sounds. Just think of Sexa, Gone Bald or Why Stakla? and the recognition they have enjoyed. Most of these bands are now long gone, but only to make way for Joe 4 to build upon their legacy.

After a highly praised 10” EP Enola Gay released in 2011 by Whosbrain Records, Joe 4 packed their stuff and went on a 20-day European tour, followed by numerous gigs in the region. They came back heavier, dirtier and angrier, and poured all that into their new record. Njegov sin (His Son) brings us ten ugly, gut-spilling songs of hate, slaughter and destruction. Joe 4 take their tried recipe refined on their first release, and make Njegov sin a perfect blend of angularity and punk rock. Raging guitar/bass/drums interplay attacks the ear with steadfast rhythm and melodic passages, and fills the listener with a sense of helplessness in the face of a deadly, unstoppable sonic assault.

Njegov sin was recorded and mixed by Steve Albini in November 2011, over the course of three days in Oxygen Recording Studio, Italy. Everything was done in a completely analog setting and recorded directly to tape. The record was mastered by Bob Weston. A Guy With A PC handled the artwork duties, and he managed to attach a whole new meaning to Goya’s Saturn Devouring His Son.

The album will be released on nice, heavy vinyl in the early fall 2012 by Whosbrain Records, Fidel Bastro and Geenger Records. So, if you dig bands such as Shellac, Tar, Janitor Joe or The Jesus Lizard, you know what to do. And if you don't, this is a good time to throw out some of the junk from your collection and make place for this stuff.