From Our Room to Yours 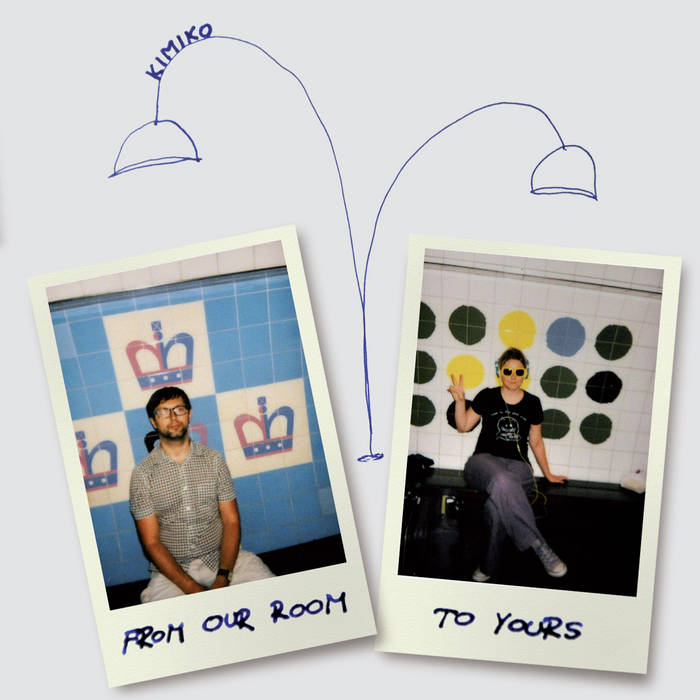 Kimiko is a band from Zagreb, Croatia, that's been around the local scene for quite some time in various line-ups and music styles. Ranging from four-piece britpop outfit to six men pop noise machine, they finally settled down as a two-piece electro-pop band fronted by Lora Šuljić and Zoran Pleško. They made themselves known by playing local festivals such as EXIT, Žedno Uho and VUM, and also won MegaMuzika award for the best upcoming Croatian act in 2008.

Calling themselves "burdened pop", Kimiko create an interesting blend of contemporary pop and rock sounds and exhibit rarely unique and creative music approach in these parts of the world. Their expression relies heavily on samplers as well as creating new sounds, which results in unusual electro-pop songs where organic and anorganic bonds into growling conglomerate of sounds in one moment, and dreamy atmosphere in the other. It all started when Lora and Zoran found themselves in a studio and decided to record a blender lying on top of a guitar, put the resulting sound through a sampler and play it all using a keyboard. Experiments like those proved to be a good way of discovering new soundscapes and interesting instruments, and bacame the proven method Kimiko continued to use ever since.

"From Our Room To Yours" is Kimiko's debut album, due to be released on Geenger Records on November 22nd. Embroidered with subtle irony and darker tones, the eleven songs that constitute the album depict, in a certain way, the darkness and hopelessness of our time, and give a nice contrast to serenity and optimism that Lora and Zoran emanate outside of their studio. Their music is ideal for all kinds of emotions and will never leave the listener feeling empty inside. Kimiko recorded the album by themselves in their own studio Heim in Prudnice, a small settlement on the ouskirsts of Zagreb. Mastering was done in London's Fluid Mastering studios by Tim Debney, known for his work with Thom Yorke, Sufjan Stevens, Gorillaz etc. What's also worth mentioning is a variety of out-of-the-ordinary instruments used for recording, like stylophone and thingamakit, but also things like tupperware, bowls and marbles.

The artwork is also an interesting story on its own – it's designed by Vladimir Šagadin, and features photographs by Maja Rašić, Darko Vaupotić, Mario Leko and Matea Jocić, four young Croatian photographers. Their work differ in style and motives, but the atmosphere each one creates fits the sounds and themes that Kimiko promote, evoking the nostalgia that we all feel towards something "old". By giving space to others in their album booklet, Kimiko wants to point out the thin line between different forms of art, and also support friendly artists by blending their work with the music.

We invite you to enjoy this fine release by Kimiko, and we're sure you'll like it as much as we do, as this is a great young band with massive potential that has yet to be discovered abroad!