Draw the Line Never a Square 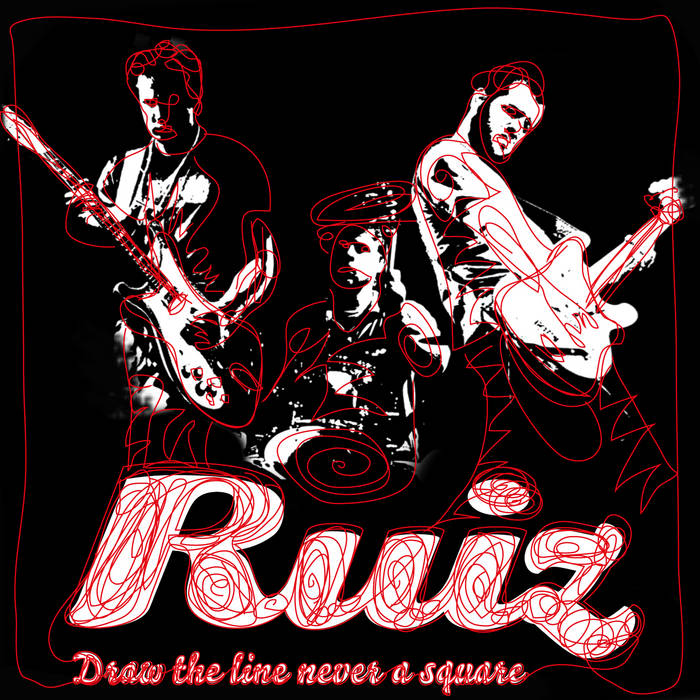 Ruiz are a well-known name in almost every alternative club in Croatia and beyond, and after six years of tireless performances across the stages, the time has come to unveil the real potential this band holds.

Starting in 2005 as a powerful duo and expanding their line-up with a bass player in 2007, Ruiz continuosly worked on their signature sound which is a bit difficult to describe, so think of it like this: Kyuss and Nirvana aesthetics, Gang of Four and Rapture dance elements, and the unrestrained playing of At the Drive-In. So far they have two releases under their belts – a self-released EP named "Taste!" and a critically acclaimed debut album called "Erupt!", mastered by triple Grammy-winner Bob Katz, which came out in 2009 on Sonic Doom Records, a small indie label from Croatia, and soon made Ruiz one of the best young bands to emerge from these parts of Europe.

What happened next were countless gigs across festivals in Europe, winning the regional band contest in Slovenia, having two videos appear on Croatian television and sharing the stage with great bands such as Partibrejkers, Let 3, Bernays Propaganda, Stereo MC's, Nick Cave and The Bad Seeds and Emil Bulls, just to name a few.

Dilligent and creative as they are, Ruiz progressed and matured musically, crafted over a dozen of new songs and decided to make two releases, both for Geenger Records. The first one in the series is an EP entitled "Draw The Line Never A Square", a rocking ear candy which, with its first single You Decide, already rumbled hard across the scene. Fast, groovy bursts of danceable riffs and rhythms blended with catchy melodies guarantee an unforgettable listening experience even for the most demanding ears!

Lyrically, "Draw The Line Never A Square" acts as a critique of vain lifestyles and moral indifference of modern society. And, not to leave everything just as a nice idea, it's worth noting that Ruiz is a band which not only talks, but in fact really does something tangible to make a change – the guys give a part of their humble income to a donation-dependent organization which helps pregnant women who decided to give birth despite rough social conditions they found themselves in. Now, that's something not many bands do, and makes us even more proud – bravo, Ruiz!

The EP was recorded and mixed in Pleasentville studio by bass player Marko Kalčić, who also mastered it afterwards, with the exception of You Decide which was mastered by Gregor Zemljič. The rest of Ruiz are Tomislav Šnidarić on guitar and lead vocals, and Janko Kezele on drums and percussions. The artwork was handled by Manasteriotti∞Maric.

"Draw The Line Never A Square" is available as a free download through Geenger Records Bandcamp starting April 26th. If anyone deserves attention after all the hard work, it's definitely Ruiz with one of the freshest and best Croatian releases to be heard so far this year. What will follow after this great EP, one can only imagine... But it can only give Ruiz a place among the greatest, right where they belong!